Jimmy Kimmel serves up some laughs with his latest spoof of Kanye West and Zane Lowe’s recent interview for BBC.  After West made questionable comments about Rap becoming the new Rock and explained to Zane he considers himself the biggest star, viewers were taken back and debates were sparked across the net.  Talk show host Jimmy Kimmel decided to capitalize on the moment and unveiled a short spoof he put together with children actors sitting in as Kanye and Zane Lowe.

Part two of Zane Lowe’s intimate interview with Kanye West hits the net with the G.O.O.D. Music head honcho picking up right where he left off.  Watch as Ye discusses his inspiration to break down barriers in the music industry and the public’s demand for his highly sought after limited Nike shoes.  Yeezus also explains his frustration with the lack of big corporations willing to collaborate with him, says classism is racism’s cousin and shares his desire to expand his talents far beyond music. 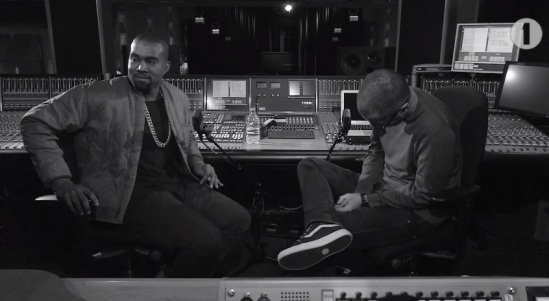 Well it looks like viewers are in for a real treat as Zane Lowe and BBC gear up to release their intimate interview with G.O.O.D. Music artist Kanye West.  In the short preview released today,  the black and white visual finds Kanye and Zane candidly speaking and sharing laughs.  Before the video cuts, a stern faced Kanye aggressively proclaims himself as the biggest rock star on the planet.  Needless to say, this looks like it’s going to be a good one.

In the final part of BBC and Zane Lowe’s sit down with legendary MC Jay Z, the rapper speaks openly about his desire to grow and evolve.  Hov also reflects on the love for his daughter, Blue Ivey, and his initial feelings.  Jay also stresses the importance of being mature and prepared when deciding to bring a child into this world.  As the conversation continues, Hov shares his creative direction behind “Jay Z Blue” off his recent Magna Carta Holy Grail album as well as the rebellious message to challenge the status quo behind “F.U.T.W.”.  Deciding to change the initial hook on “Tom Ford” also is discussed along with Jay Z’s new focus on balancing family life and a busy career. 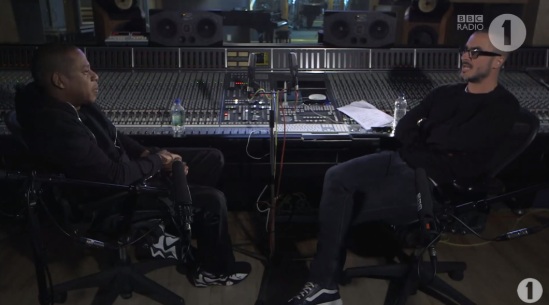 In part three of BBC and Zane Low’s interview with Jay-Z, business and politics serve as the topic of discussion as Hov shares his honest opinion on matters such as healthcare and President Obama.  However, Jay kicks things off by speaking on Roc Nation’s early years and the importance of setting the foundation for the label by first signing writers, producers and later developing careers of artists like J. Cole with the help of A&R’s.  The former Def Jam president also says that greatness takes time and doesn’t agree with associating tracks with specific seasons like summer or winter. Hov also speaks candidly on his belief that the sports industry and Hip Hop are “cousins” and the talents that surface from both come from the same origins.  Jay-Z also points out that he doesn’t move in political circles but stresses that Obama is a symbol of hope for a new generation.

BBC and Zane Low deliver part two of their candid interview with Jay-Z.  Zane continues his one-on-one sit down with Jay by getting his thoughts behind Magna Carta Holy Grail’s intro track “Holy Grail” featuring Justin Timberlake.  Low and Jay also discuss Timberlake’s heartfelt delivery and the importance of the track which served as the albums “center piece” according to Hov.  Jay-Z goes on to explain the creative direction behind the song which serves as a cautionary tale in regards to fame but at the same time addresses it as a blessing.  Jigga man also speaks openly about how he balances fame in his life and stresses the importance of living a normal existence.  Zane and Jay-Z close out this portion of their interview by discussing the music industry’s reluctance to adopt and utilize modern technology in order to effectively promote and distribute new music. 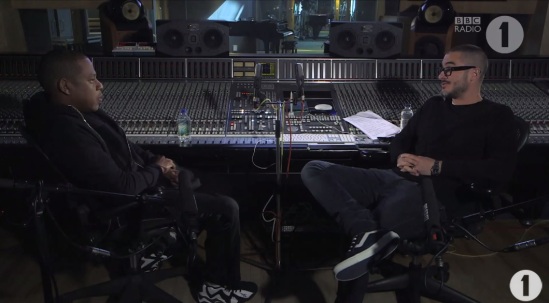 Zane Low and BBC recently sat down for an in depth interview with Jay-Z and over the next few days will be releasing a total of four parts.  In part one, Jay-Z opens things up by speaking on his new album, Magna Carta Holy Grail, and shares its beginning stages which stem from “Holy Grail” and “Oceans” which came about immediately following Watch The Throne.  Jay also recalls arguing with Kanye West for four days after the G.O.O.D. Music artist caught wind of the records and felt they needed to make the tracklist for Watch The Throne.  Hov also goes into detail about the atmosphere in Baseline Studios during the recording of his classic LP, The Blueprint, and the creative environment that Kanye West and Just Blaze helped contribute to.

As the interview continues, Jay-Z reflects on his fall out with producer Timbaland and their eventual reconciliation which came about after Timbo previewed “Picasso Baby” for Jay.  Jigga man also talks how “Picasso Baby” set the tone for Magna Carta Holy Grail, how “Versus” organically came about during a back and forth exchange between Swizz Beats and Timbaland and recording his album at Jungle Studios in New York.  Finally, Jay-Z speaks on the importance of putting ego’s aside and the spontaneous session that brought about “BBC”.

BBC recently reported that Kanye West’s upcoming new album was going to be titled I Am God.  This caused a lot of controversy online because the foundation for the information used to run with the story was vague and questionable.  As the people became more outspoken and the rumor progressed the Huffington Post decided to reach out to West’s camp to get some clarity about the matter.  Looks like the title is also a reference to Psalm 82.  Click the link to read more in detail.

A reliable source in West’s camp tells HuffPost Entertainment that the title is actual for an upcoming single, and that the album’s name has yet to be set. The track will be called “I Am A God” (emphasis added).