Cons comes through and drops off a new video with Band Camp Records for “Black Actors” which will be available on Movies On Demand 4.  This is a different song with a positive message and features a nice family cameo from his son Caiden who is featured on VH1’s show Love & Hip Hop.  Directed by Brian Petchers and Cons.

In honor of Black History, Consequence and his son Caiden channel surf through some the classic moments that Black Actors have contributed to Film and Television. One of the best ways to teach your child who they are is to show them the greatness they emerge from.

The Kush God sits down with SOB’s TV for an interview and gives fans insight into his live performance with a band, his growth as an artist, and embracing being recognized as a “weed rapper”.  Check out the dope footage put together below.

50 visits First Take on ESPN and gives his two cents about Floyd Mayweather Jr. returning to boxing after being released from prison.  Curtis goes on to confirm that he indeed feels that Mayweather Jr. “ducked” fighter Manny Pacquiao and that the potential $100 million he could have walked away with should have been enough to entice him to step in the ring.  However, he does go on to admit that his relationship with the champ is at times off and on and that it simply comes with the territory of being Floyd’s friend.

Kendrick Lamar sits down with radio personality Miss Info for a one on one.  The Compton hot spitter claims he’s not working on his sophomore album and gives Joey Bada$$ some deserved praise.

DJ Skee Exclusive: Chris Brown and Rihanna recently took a night out on the town together to party at Hollywood’s trendy Supper Club for Diddy’s birthday bash.  The event was packed with fans and party goers as DJ Mauricio kept the party going strong on the one’s and two’s.  The highlight of the evening went down when Chris Brown decided to grab the microphone and perform a new unreleased song featuring Problem with RiRi by his side.  Check out the exclusive footage from Skee TV of Chris Brown, Ne-Yo, Rihanna, Red Cafe, and Diddy celebrating.

Kendrick Lamar recently hit up New York’s Roseland Ballroom to deliver two back to back classic performances.  However, the second performance came with an added special surprise from 50 Cent and A$AP Rocky.  Check out the video to see some of the highlights from the evening from BlowHipHop TV.  I’d like to point out this was the first time 50 and Kendrick performed lived “We Up”.

Pac Div and LRG come through and drop off the visuals for “Savages”.  I must say this came out pretty dope.  Look out for The Div as they hit the road on their upcoming 2013 Light Up The Night Tour. 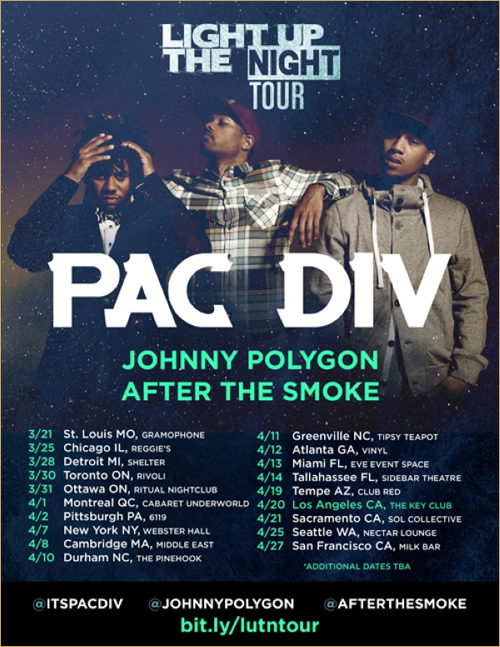 Earlier today at one of the busiest intersections in Las Vegas, a car-to-car shoot out and explosion left three people dead.  The intended target was an aspiring rapper and said to be well known pimp out of Oakland known as Kenny Clutch.  His silver Maserati crashed into a taxi cab causing it to explode as he attempted to escape a black Range Rover that pulled alongside the vehicle at the intersection of Flamingo and Las Vegas boulevards at 4:30 a.m. and opened fire.  A situation that occurred in the valet area of Aria is believed to be the incident that sparked the violence.  Six other vehicles were also involved in the accident as bystanders watched in shock.  A manhunt is currently underway in several surrounding states for the individual or persons driving in the Range Rover.  According to Las Vegas Police the vehicle is equipped with a new paper dealer plate.

Now I don’t know about you but this takes me back to when I first started recording music with the homies and when I was in high school.  I can remember how the influence of New York music at that time started showing in the styles on campus and just how popular Dipset was.  It was just a big time around those days for Roc-a-Fella in general.  Check out the behind the scenes footage of the whole Dipset crew practicing for their show at the Source Awards and giving a dope rehearsal for the staff and camera crew.