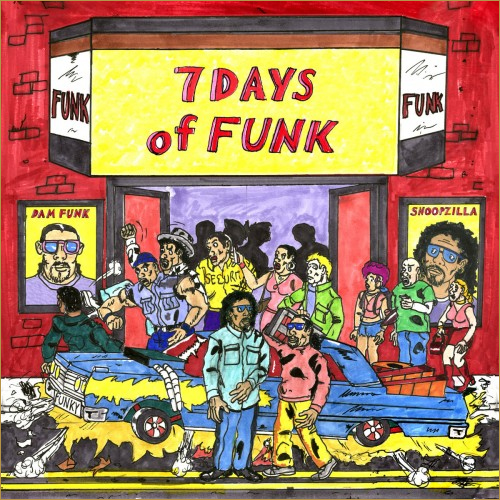 Fans were recently treated to the groups new single and music video for “Faden Away” and now we get a look at the official artwork and tracklist for the upcoming 7 Days Of Funk LP.  Looking like a scene from Beavis & Butt-Head, the cover for Snoopzilla and Dam-Funk’s new project features some throwback looking cartoon work.  Posted outside of what appears to be a music venue, the artwork showcases the Doggfather in front of a old school ride while a street brawl ensues in the background.  The groups self-titled debut album will contain a total of nine original songs and be available on December 10.  Check out the tracklist provided for more details. 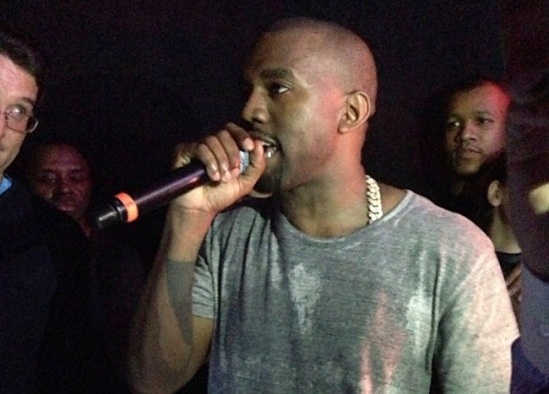 In typical digital fashion these days, Kanye West’s anticipated album Yeezus has found its way onto the internet and subsequently has taken over since as the topic of discussion.  Musically, the album is a far cry from any of West’s past work and not only stands out sonically but lyrically as well.  With disturbing screams and yells, the Chicago rapper breathes new life with a unique sound all his own and spits his soul over hard hitting production.  In other words, Yeezus is sure to go down as a classic and one of Kanye’s most impressive bodies of work from his album catalog.

On the Daft Punk produced opening track “On Sight”, the heavy electronic and futuristic vibe is inviting and sets the appropriate tone to kick things off with.  The track showcases Yeezy lyrically doing his thing over heavy synthesized production and pauses once for what feels like a brief sample based bridge or short hook.  Needless to say, Kanye’s wordplay and delivery syncs well with the tracks rough edges and gritty feel.

Next, “Black Skinhead” follows suit and continues the futuristic theme of the album.  Produced by Daft Punk, Travi$ Scott and Mike Dean the bouncy track falls right into place with heavy drums, hard bass, rough guitar riffs and a distinctive eerie sample reminiscent of a woman screeching.  With an aggressive delivery, Kanye spits and screams controversial lyrics that oppose and challenge social norms and expectations.  The MC embraces his rebel mentality and confronts the status quo.  The brutal honesty in his verses commands your attention.  This is definitely a standout track off the album.

Track number three on the album and controversially titled “I Am A God”, apparently features God and highlights Mr. West’s braggadocious side in all its glory.  Kanye is most certainly feeling himself and rightfully so.  Accompanied by banging 808’s and some haunting synth work, The G.O.O.D. Music front man credits himself for bringing real rap back and dismisses the overwhelming lack of faith and hate he suffered early on in his career.  Comparing himself to Michael Jordan, Ye speaks on his current position in the game and claims he and his crew are the freshest of them all.  The tone and feel of “I Am A God” is different and dark and even has West yelling and sounding out of breath as if he recorded the song while running for his life.  Production credits on this track go to Daft Punk, Kanye West, Hudson Mohawke, Travi$ Scott, Mike Dean and Rick Rubin.

Previously heard and seen across different building locations around the world is track number four titled “New Slaves”.  Singer Frank Ocean accompanies Kanye with a feature towards the end of the dark track with some soft vocals for melodic balance.  Kanye dishes thought provoking rhymes and again engages socio-political norms in the hopes of waking listeners up from a slave like mentality.  Challenging the powers that be like big corporations and lucrative privately owned prisons, Ye spits revolutionary raps over some bouncy synth and solid bass provided by Daft Punk, Travi$ Scott, Hudson Mohawke and Mike Dean.  “New Slaves” clearly demonstrates why Kanye would much rather prefer to be a “dick than a swallower”. 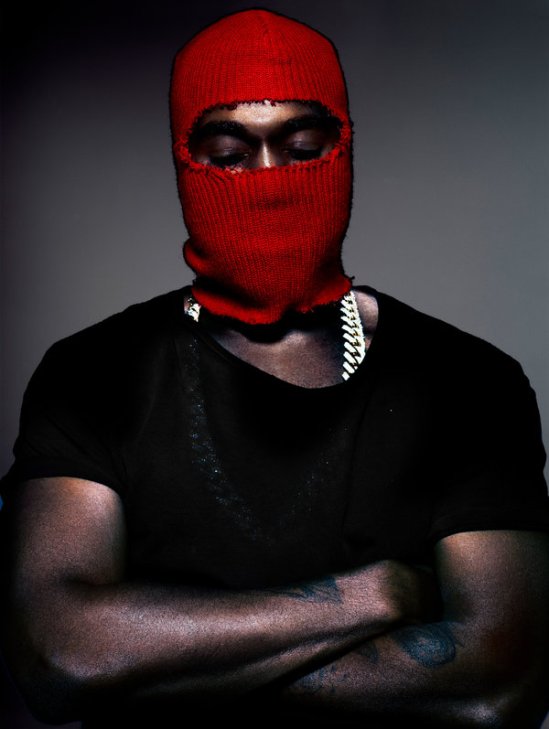 “Hold My Liquor” is the fifth track featured on Yeezus and features Chicago knucklehead Chief Keef.  Surprisingly, the young rapper finds a nice auto-tuned pocket to fit in on the track and confesses he can’t hold his liquor on the song’s infectious hook.  Justin Vernon from Bon Iver also makes an appearance and offers up some soothing and calm vocals along key portions of the track.  Produced by Young Chop, Mike Dean, Arca and Rick Rubin “Hold My Liquor” finds West doing his thing over dark, relaxing and laid back production sporting a fitting bass line and catchy effects.  The stand out song appears to showcase Kanye contemplating over a past relationship with deep introspective rhymes and the role alcohol played in it all.

Next up, track number six “I’m In It” picks the tempo back up and helps the album transition nicely into its second act.  Ye spits raw sexual raps and brags about pleasuring his woman over slapping drums, gritty synth and hard hitting bass alongside recent production signee Travi$ Scott.  Produced by RZA, Travi$ Scott and Mike Dean the explicit nature of the track also features female moaning samples to set the appropriate mood.  Though personally not a big favorite on mines,  “I’m In It” has the potential to be a fan favorite and set any late night function off right with its upbeat appeal.

Track number seven, “Blood On The Leaves”, finds Kanye cutting up and incorporating a sample from Nina Simone’s cover of Billie Holiday’s “Strange Fruit” which addresses racism and lynchings.  Over soothing keys and pounding bass, Kanye offers up strong opinions and more societal critique raps.  Armed with auto-tuned conscious rhymes and a feature from singer Tony Williams, Ye tackles the struggles of relationships, thirsty side chicks, and even touches on abortion.  “Blood On The Leaves” is deep and thought provoking to say the least.  Production credits for “Blood On The Leaves” go to TNGHT, Kanye West and Mike Dean.

“Guilt Trip” comes in at track number eight and features former G.O.O.D. Music artist but still good friend KiD CuDi.  Produced Symbolyc One, Arca, Travi$ Scott, Mike Dean and Ackeejuice Rockers the track takes a page out of Pusha T’s book and utilizes some of the same elements from his “Chief Rocka” sample selection that was used on his hit “Blocka”.  Though the production on the song provides a nice change of pace sonically with the use of violins and different effects, the only one that feels right at home on the track is KiD CuDi.  It almost seems like this could have made the cut onto Indicud.  It would have been great to see a little more effort go into the hook as well rather than simply chopping the sample to repeat itself.   Though far from horrible, “Guilt Trip” feels more like a filler like “I’m In It”.

Next, “Send It Up” hits number nine on the track list and is sure to be a smash hit in the club.  Chicago artist King L adds his touch on the high energy “Beenie Man” sample laced joint along with rapper Iamsu .  Infused with heavy drums and high pitched synth horns, the song is infused with different elements from dance hall to hip hop and is sure to end up a fan favorite.  Intended for a night life audience, the two rappers respectively hold down their verses and offer up rhymes about women, club life, and living the boss lifestyle.  Had West went the conventional radio route, perhaps this could have been the promotional single for the album.  Production credits for “Send It Up” go to Gesaffelstein, Arca, Daft Punk, and Hudson Mohawke. 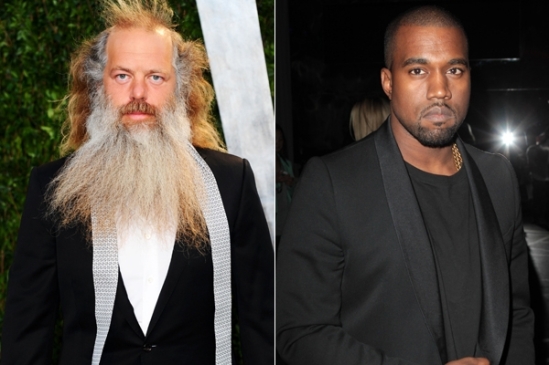 For the final curtain call on the album, “Bound 2” comes in at track number ten.  A short intro snippet of “Bound 2” was recently released and had the internet going nuts with its infectious sample.  Produced by Kanye West, No I.D., Symbolyc One, The Heatmakerz and Rick Rubin the track serves as a great reminder to listeners on just why they became fans of the Louis Vuitton Don in the first place with its soulful College Dropout sound.  Singer and long time collaborator, Charlie Wilson, also makes an appearance as a feature on the track and sets up the hook nicely on the song’s bridge parts.  Armed with a catchy hook, “Bound 2” showcases Kanye spitting honest raps about the up’s and downs of relationships and loving someone enough to stick it out to the end.  If you’ve been a fan of Kanye from the beginning “Bound 2” has to be considered in your top favorite three songs off the album.

Yeezus was well worth the wait.  Though the album only delivers a total of 10 songs and feels a bit short it definitely offers something different not only for West’s catalog but for hip hop fans and the genre in general.  Kanye’s creative abilities and desire to be innovative should be commended and appreciated in an industry where moments can become very stagnant and complacent.  It’s easy to see why Kanye would seek out Rick Ruben to participate in delivering a project which from the beginning has embodied a rebellious platform, purposely strayed from conventional methods and sets out to expand on the growth of the genre.  Overall, Kanye brings the content, lyricism, and crazy production all to the table with Yeezus and once again delivers a unique experience that solidifies his position at the top.