While currently out on tour overseas for Jigga man’s Magna Carter Tour, Timbaland decided to treat fans in Belgium to a new song from JAY Z which is rumored to be featured on his upcoming album entitled Textbook Tim.  Watch as Timbo and JAY Z party the night away in the crowded club and turn the energy up with Timbaland serving as the evening’s special guest DJ. 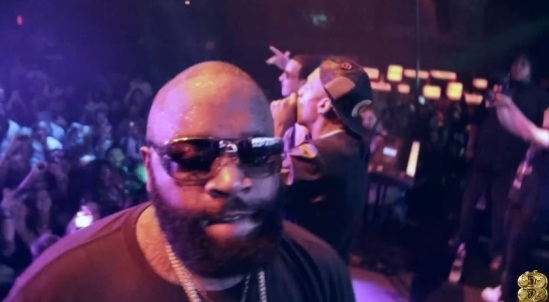 Rick Ross takes in the stage in Las Vegas at Reebok’s Classic Event.  As host for the party, Ricky kept the crowd live with the help of Swizz Beatz and French Montana.  MMG’s Stalley was also in the building as Rozay decided to turn the club up with his hit collaboration “FuckWitMeYouKnowIGotIt” off JAY Z’s Magna Carta…Holy Grail LP.  Afterwards, Ross and company made their way to Rain for the official MMG and Reebok suite after party where the real fun shit goes down.

Last Friday Jay Z and Justin Timberlake’s Legends of The Summer tour stopped at Sun Life stadium in Miami.  Hov decided to make the night a little more special when he linked up with Rick Ross for the first live performance of their collaborative track “FuckWitMeYouKnowIGotIt” which is featured on Jigga Man’s Magna Carta…Holy Grail LP.  The audience exploded with excitement as the larger than life MC hit the stage ready to go.  Check out how it all went down in the video below. 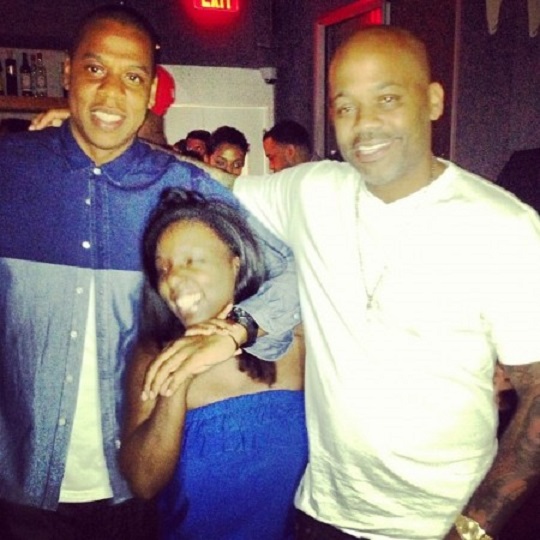 JAY Z and Dame Dash finally put their differences aside and reconciled earlier this week at a celebration in New York that Dash only described via his instagram as “Chaka’s party.”  After the release of the release of Magna Carta…Holy Grail, a short Instagram video of Dame vibing out to Jay’s latest work and praising it, only reignited questions for Jigga as he made his radio promotional runs.  After being outspoken and reassuring listeners that he would always have love for Dame, it almost felt like the former business associates were on the brink of squashing past issues.  The moment finally came to pass as the two embraced one another and took some photos to document the special occasion.  The second photo below comes to you courtesy of Shaheem Reid. 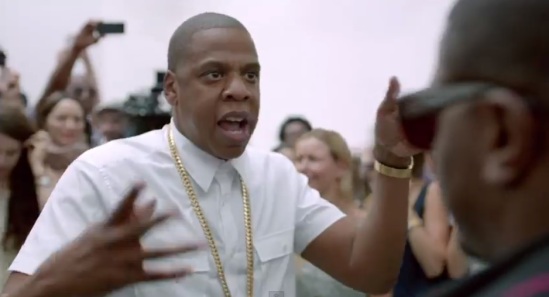 Producer Mike Will sits down with Revolt TV as they continue their series of sit downs with the creative minds behind Jay-Z’s Magna Carta Holy Grail album.  In this episode, Will gives insight behind his contribution to the project with the interlude “Beach Is Better” which quickly stood out on the album’s tracklist and left fans wanting more.  Mike Will emphasizes to the camera that the impressive collaboration was rather effortless between the two and shares a personal conversation he had with Jay-Z about the producers hands on approach.

In the final part of BBC and Zane Lowe’s sit down with legendary MC Jay Z, the rapper speaks openly about his desire to grow and evolve.  Hov also reflects on the love for his daughter, Blue Ivey, and his initial feelings.  Jay also stresses the importance of being mature and prepared when deciding to bring a child into this world.  As the conversation continues, Hov shares his creative direction behind “Jay Z Blue” off his recent Magna Carta Holy Grail album as well as the rebellious message to challenge the status quo behind “F.U.T.W.”.  Deciding to change the initial hook on “Tom Ford” also is discussed along with Jay Z’s new focus on balancing family life and a busy career.

In front of a packed house inside New York’s Pace Gallery, Hov put on a performance for “Picasso Baby” off his new Magna Carta Holy Grail album for six hours straight.  Go behind the scenes and get a sneak peek of Jay puttin’ it down for the multiple cameras and the lucky few who got the opportunity to take part in the shooting of the music video. 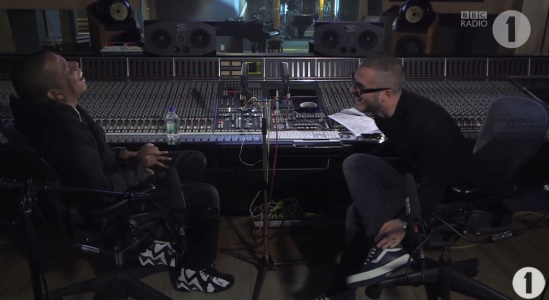 BBC and Zane Low deliver part two of their candid interview with Jay-Z.  Zane continues his one-on-one sit down with Jay by getting his thoughts behind Magna Carta Holy Grail’s intro track “Holy Grail” featuring Justin Timberlake.  Low and Jay also discuss Timberlake’s heartfelt delivery and the importance of the track which served as the albums “center piece” according to Hov.  Jay-Z goes on to explain the creative direction behind the song which serves as a cautionary tale in regards to fame but at the same time addresses it as a blessing.  Jigga man also speaks openly about how he balances fame in his life and stresses the importance of living a normal existence.  Zane and Jay-Z close out this portion of their interview by discussing the music industry’s reluctance to adopt and utilize modern technology in order to effectively promote and distribute new music.

Zane Low and BBC recently sat down for an in depth interview with Jay-Z and over the next few days will be releasing a total of four parts.  In part one, Jay-Z opens things up by speaking on his new album, Magna Carta Holy Grail, and shares its beginning stages which stem from “Holy Grail” and “Oceans” which came about immediately following Watch The Throne.  Jay also recalls arguing with Kanye West for four days after the G.O.O.D. Music artist caught wind of the records and felt they needed to make the tracklist for Watch The Throne.  Hov also goes into detail about the atmosphere in Baseline Studios during the recording of his classic LP, The Blueprint, and the creative environment that Kanye West and Just Blaze helped contribute to.

As the interview continues, Jay-Z reflects on his fall out with producer Timbaland and their eventual reconciliation which came about after Timbo previewed “Picasso Baby” for Jay.  Jigga man also talks how “Picasso Baby” set the tone for Magna Carta Holy Grail, how “Versus” organically came about during a back and forth exchange between Swizz Beats and Timbaland and recording his album at Jungle Studios in New York.  Finally, Jay-Z speaks on the importance of putting ego’s aside and the spontaneous session that brought about “BBC”.