Jadakiss, Sheek Louch and Styles P catch up with Sway Calloway and Heather B on Shade 45’s Sway In The Morning show.  The New York emcees sit down for a candid interview and open up about their respective careers, history as a group and reassure fans that new music is on the way along with so much more. Check out The Lox also show off their skills for the camera as they jump into a few songs with on-the-spot performances for listeners tuned in. 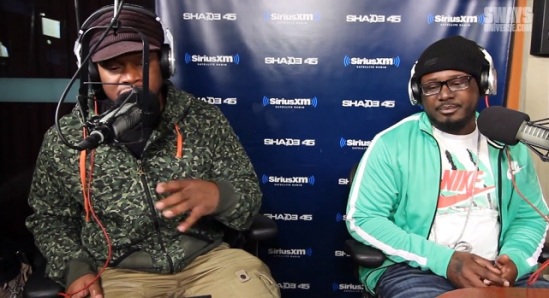 T-Pain stops by Sway In The Morning on Shade 45 for an interview with hosts Sway Calloway and Heather B.  Calloway makes sure to open things up by crediting T-Pain with his contributions to the music industry and reminds listeners of how crucial he was in revolutionizing how artist’s record.  The rapper-singer continued by explaining why he chose to take a vacation away from music and reflects on being forced to try something different after Snoop Dogg released “Sexual Seduction.”  T-Pain also spoke on his contributions to Kanye West’s LP, 808’s and Heartbreaks, and touches on his upcoming album, The Phoenix.  Pain gives listeners insight behind his new DJ Mustard produced single “Up Down” featuring Atlanta’s Bobby Ray, explains why his collaborative project with Lil Wayne was scraped and so much more. 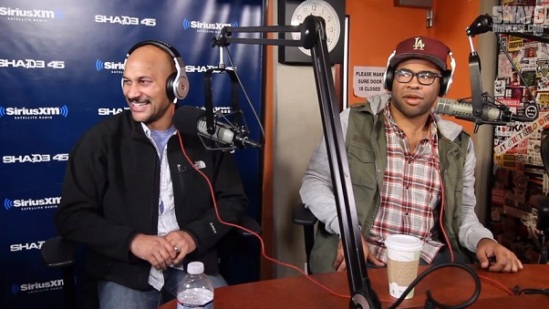 Here’s some footage of Comedy Central’s Key and Peele on Shade 45 as they stopped by for an exclusive interview on Sway In The Morning.  Calloway made sure that the hilarious comedians knew he was a fan of the show as they kicked things of by sharing their thoughts on marriage and announced they’ve signed on for a fourth season.  Key & Peele also addressed their infamous Barack Obama “Luther” comedy sketch and share a story of actually meeting the President.  In fact, the duo explained that Obama was well aware of their sketch and revealed he’s a fan of their work.

Bun B heads to Shade 45 radio for an exclusive interview with Sway Calloway and Heather B for Sway In The Morning.  The Rice University instructor speaks on his course curriculum and breaks down what students take away from his class.  The Trill O.G. breaks down the difference between rap music and hip hop culture, materialism and admits that Houston is currently in a state of identity crisis.  The rapper also gets into details with the morning crew about his distinctive delivery and voice.  Later in the interview the UGK emcee takes a moment to drop a few bars off-the-top for listeners tuning in.

Isaiah Rashad is currently on a promotional run to get his buzz up before the release of his debut mixtape, Cilvia, which is due to hit the net by the end of December.  Stopping by Shade 45 radio to speak with Sway Calloway and Heather B, Rashad decides to partake in a little freestyle action.  With DJ Wonder on the turntables, Calloway gives the Chattanoga emcee the green light to drop some rhymes over a number of instrumentals.  Check out how it all went down.

Childish Gambino recently made his way over to Shade 45 for a live interview on Sway In The Morning.  As is customary, Gambino treats listeners to an exclusive freestyle live in the studio with hosts Sway Calloway and Heather B.  Spitting over Drake’s popular Boi-1da produced “Pound Cake” instrumental, Gambino makes it look effortless to the camera as he drops impressive off-the-top bars for radio listeners tuning in.

Rapper Ransom stops by Sway In The Morning and fills listeners in on what his current relationship with Nicki Minaj is like after their recent back and forth comments on Twitter.  The New York bred lyricist also touches on his new collaborative album with DJ-producer Statik Selektah.  Ransom also shares details with Sway on how he was able to record the project with Statik in only four days after their chemistry in the studio immediately took off.  Speaking candidly with Sway and Heather B, Ransom opened up about losing his father as a young teen and explained his philosophy for always finding the positive in any negative situation.  Take a look as Ransom also kicks an exclusive freestyle he prepared especially for Sway In The Morning.

G.O.O.D. Music’s Pusha T pays a visit to the Sway In The Morning show on SiriusXM radio for a candid interview.  Watch as the rapper details how he had to re-tune his listeners to become accustomed to his style of rapping from his solo efforts early on.  Pusha T also points out his contribution to Hip Hop’s focus back on lyricism, breaks down his drug inspired bars and explains how his rise in the music industry worked.

Sway Calloway links up with Lowkey from YouHearThatNew.com, DJ Wonder and Rich Nice for the latest edition of The A&R Room on Sway In The Morning.  Watch as the blog giant speaks on the origins of this website’s name, the focus that was necessary in order to build his brand and how he was able to cultivate connections throughout the music industry over a number of years.  The small panel also takes a listen to and discusses new music from the likes of Dead Prez, Da Mafia 6ix and Asia Sparks.  Afterwards, everyone weighs in on the music and even listeners are allowed to phone-in and share their two cents.  Check out how it all went down live on Shade 45.

Danny Brown hits up Sway In The Morning and drops an ill freestyle for the listeners.  After declining to participate in Sway Calloway’s “5 Fingers of Death” challenge, the Detroit native decided to let his bars do the talking and proceeded to kill it.  Watch Danny hold it down live on Shade 45 below.