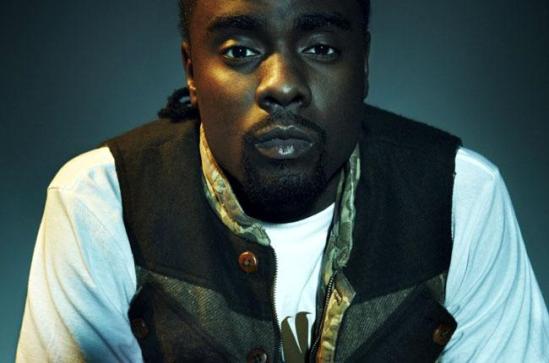 Wale felt some type of way towards Complex Magazine and recently made a phone call to associate editor Insanul Ahmed.  Take a listen as the MMG rapper loses his mind as he vents about his frustrations with the publication and the discimination that he feels he’s a victim of.  Ahmed at several points in the conversation attempts to reason with Wale and clarify things but the rapper never gives him a chance to talk and instead goes off and threatens the to knock out members of the stage.  Before hanging up, Wale promises to head into the office the following day. 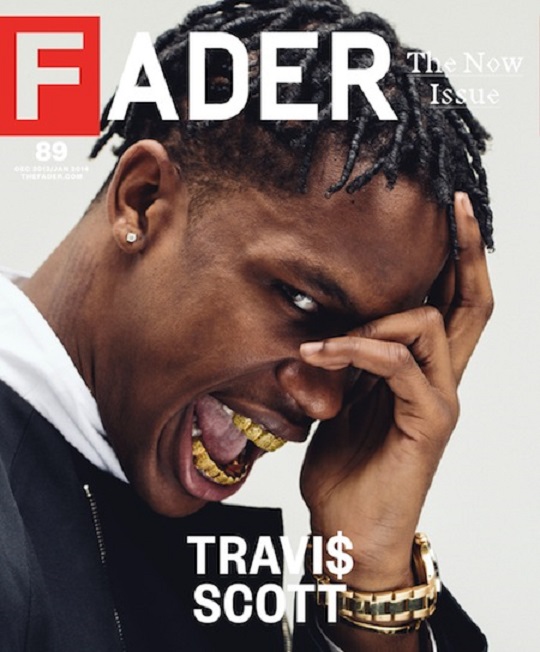 Travi$ Scott lands his first cover with FADER magazine.  The rapper-producer will be gracing the FADER’s 2013-2014 Now Issue which is due to hit shelves on December 10.  The artwork showcases Scott posing in front of a white backdrop as he covers up half his face and shows off his gold grill.  FADER also includes a behind the scenes visual recap of Scott’s photo shoot which follows the artist as he decides on what to wear with stylist, Mobolaji Dawodu, and works to get the perfect picture with Jonathan Mannion. 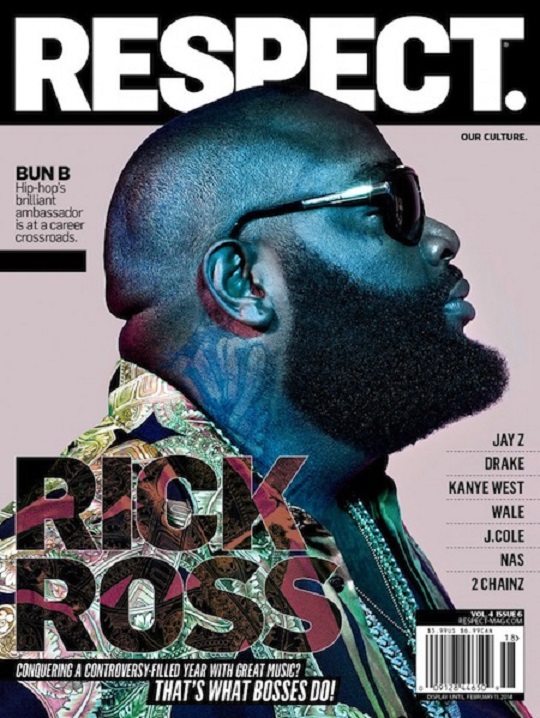 Ricky Rozay does the honors of gracing the front cover of RESPECT magazine’s latest issue.  Check out the MMG boss as he gives the camera his side profile while sporting a pair of his signature designer frames, a flashy print robe and plenty of gaudy jewelry.  Be on the look out for Rick Ross’ new Mastermind LP which is in stores on December 17. 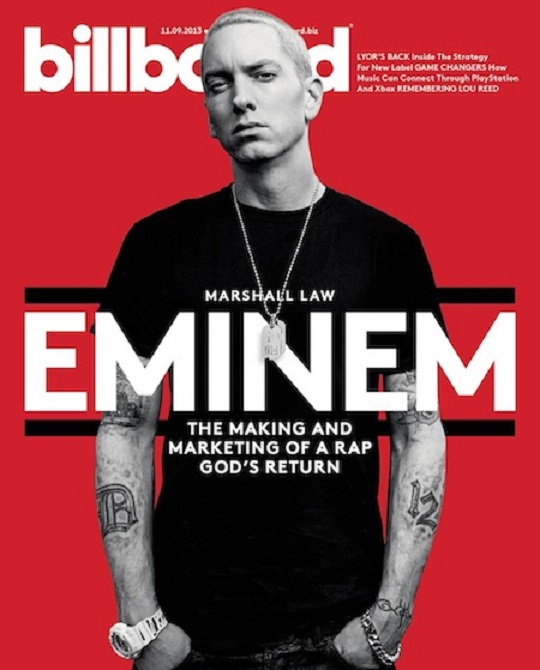 Billboard Magazine’s upcoming issue is set to feature legendary emcee and Detroit native Eminem on the cover.  Take a look as the rapper sports a plain black T-shirt and denim jeans and poses for the camera while in front of a red backdrop.  Interestingly enough, the photo of Eminem that was chosen to be showcased is featured in black and white.  Fans can look forward to reading details behind the making and marketing of The Marshall Mathers LP 2 which will be included in the issue.  The Marshall Mathers LP 2 will be in stores on November 5. 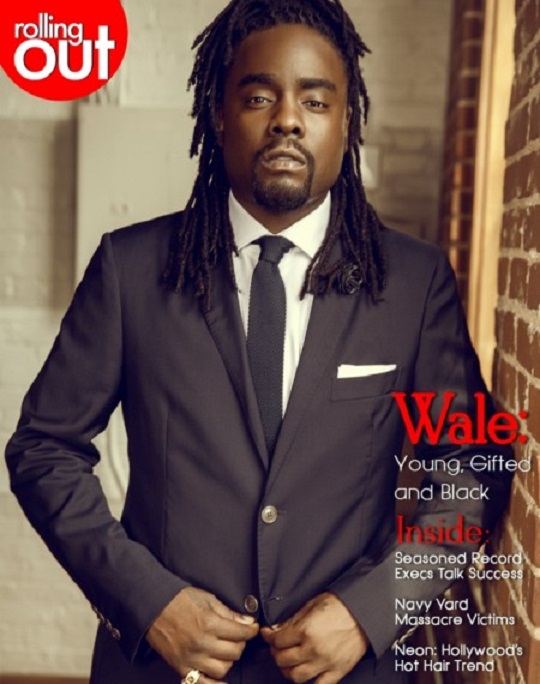 Looking real dapper in a dark tailored suit and tie, MMG artist Wale takes the cover of Rolling Out magazine for the second time.  Also, take a look below at some exclusive behind-the-scenes footage on the set of Wale’s photo shoot for the magazine courtesy of Rolling Out TV.  Wale’s latest offering with The Gifted LP is now available in stores. 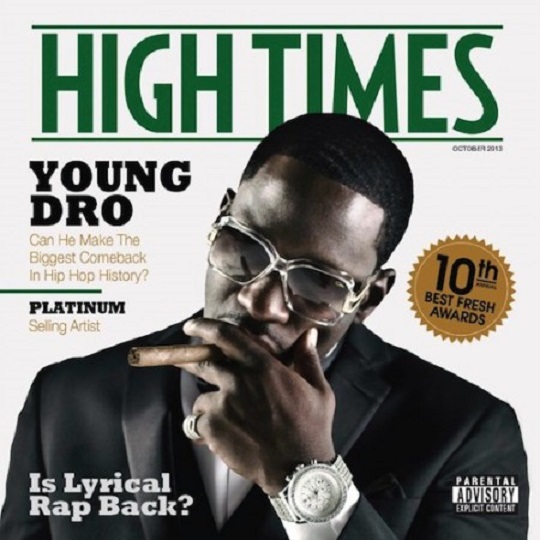 Playing off the theme of High Times magazine, rapper Young Dro unveils the official artwork to his upcoming High Times LP which fans can pick up on October 15.  Needless to say, the idea is different and Dro does a solid job of embodying the publication’s familiar vibe as he poses for the camera with a stogie in his hand.  It also appears Young Dro is prepared to challenge his former success as the cover displays the questions “Can he make the biggest comeback in hip-hop history?” and “Is lyrical rap back?”  Some of the musical features listeners will be treated to include T.I., Doe B, Problem, Spodee, Lil C, FKi, DJ Mustard and more. 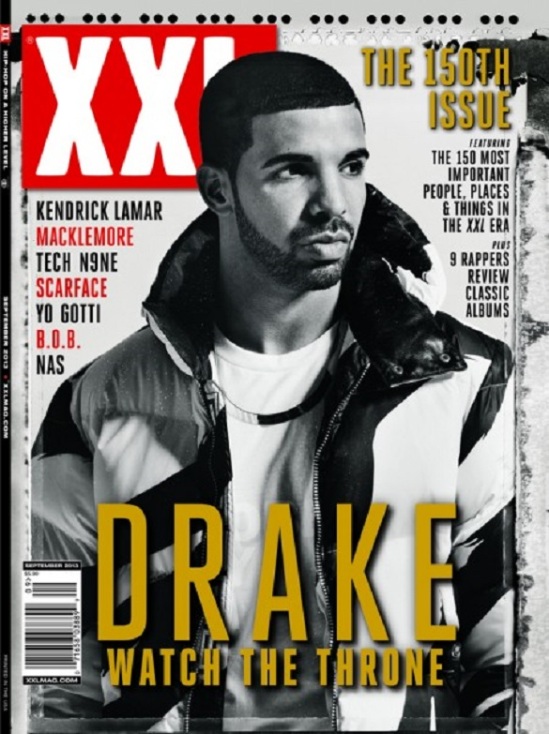 YMCMB’s Drake covers his first solo cover for XXL magazine’s 150th issue and 16th anniversary.  This is perfect timing for the young artist as he recently performed a successful show for the annual #OVOFest and currently is in the studio prepping his third album Nothing Was The Same.  XXL’s Thomas Golianopoulos got the opportunity to sit down with Drake and address a number of topics during a two-hour interview with the former Degrassi star.  Take a look at some excerpts from the interview below.

ON THE NEW ALBUM
I remember coming into this year thinking, “How am I going to cut through all these people and shine?” I’ve never been part of a year when so many legends are dropping projects. How am I going to be seen? I’m going to be like the kid waving in the background in the photo with all of his tall relatives. And, I guess, those were my initial thoughts, and not to say that I haven’t enjoyed some of the stuff that has come out this year, but it didn’t pan out the way I thought it was going to. I think I am going for it, to really establish what are murmurs or things being said quietly, “Um, I think that Drake might actually…” On September 17th I want people to be like, “Oh, we were right.”

ON HIS IMAGE
Do I think that if I didn’t have, for lack of a better term, a unique look about me, if I was from somewhere in America and if I hadn’t been on a kids TV show [Degrassi: The Next Generation], would I be as famous? I don’t know, man. Honestly, I don’t think so. I was just some young kid on a TV show. And I haven’t become anything else while I’ve been in this position. It’s not like I got here and was like, “Oh, got to switch up my image.” I don’t wake up nervous. I feel like maybe a lot of these guys do. How old are you, really? What is your background, really? What have you really done in the drug game, in the thug game?

ON THE COMPETITION
It’s tough for me. That’s a guy I can’t pretend not to like. He’s the guy to me, in a lot of ways. That’s Kanye West. But I’m also here to be the best. I’m here to surpass. I’m here to outdo. I’m ready for whatever with anybody.

ON HIS SUCCESS
I get Jewish people coming up to me proud like, “Mazel Tov, bro. Come to my house for Shabbat dinner.”

AMANDA BYNES
I don’t even know who that is doing that or what that’s about. If that is her, I guess it’s a little weird and disturbing. It’s obviously a behavioral pattern that is way bigger than me. Whoever is behind it, whether it’s her or somebody else, they know people are paying attention so they keep it going.

Also in the magazine this month, XXL honors the 150th issue with the ultimate list of the 150 most important people, places and things in hip-hop during the XXL era. And keeping with the birthday theme, many important albums are celebrating special anniversaries this year. In honor of those critically acclaimed LPs, XXL had some of today’s most popular MCs review them. Kendrick Lamar talks Snoop Dogg’s Doggystyle, which turns 20 this year. Nas looks back at Lauryn Hill’s The Miseducation Of Lauryn Hill, which turns 15. And B.o.B. discusses the OutKast decade-old opus,Speakerboxxx/The Love Below plus many more in the magazine and on XXLMag.com.