If you missed out on this week’s episode of AXS TV’s new breakout show, SKEE Live, have no fear as Skee.TV cuts up a couple clips for viewers to see what they missed.  Watch as CTE’s YG and rapper Hopsin hit the stage for a sold out crowd at L.A. Live’s Conga Room and afterwards sit down for an interview with DJ Skee.  Tune in every Tuesday at 7 p.m. (PST) and 10 p.m. (EST) to see it all go down live only on AXS TV.

Hopsin does some venting on his latest emotional track called “Good Guys Get Left Behind.”  The tracks showcases the young rapper opening about a failed relationship and expressing his heartbreak.  Never one to hold back, Hopsin refuses to bite his tongue and spills his soul over the mellow instrumental as he warns listeners about the trouble that follows women.  “Good Guys Get Left Behind” is featured on Hopsin’s forthcoming Knock Madness LP releasing on Tuesday. 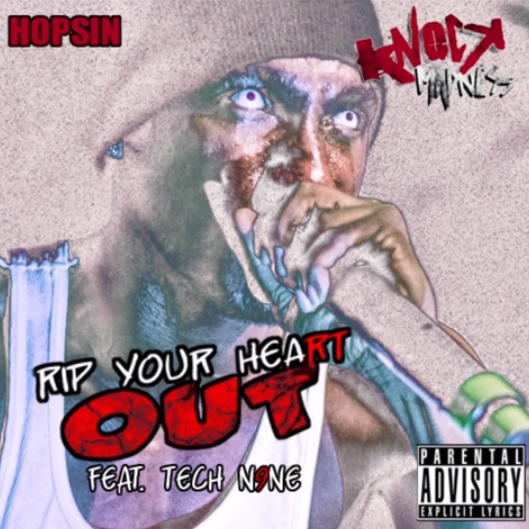 Hopsin who recently sat down for an exclusive interview with Hard Knock TV, tossed viewers a heads up when he mentioned that he was sitting on a collaborative joint with Tecn N9ne that was set to be featured on his upcoming Knock Madness project.  As the young rapper gears up to release his latest offering on November 26, Hopsin decides to liberate the track and give fans a taste of what they can expect to hear.  “Rip You Heart Out” finds both emcees showing off some tongue twisting lyricism as they demolish a menacing instrumental.

Hard Knock TV releases more footage of their lengthily and intimate interview with rapper Hopsin.  The young artist opens up about losing his best friend to crystal meth and explains that his story was the inspiration behind “Ill Mind 6.”  As the conversation continued, Hopsin addresses the argument going around that Macklemore is currently pushing a gay agenda in hip hop and their relationship as friends.  Hopsin also spoke on being inspired by Eminem and gives viewers insight into what he thinks about the legendary emcee’s latest music and more. 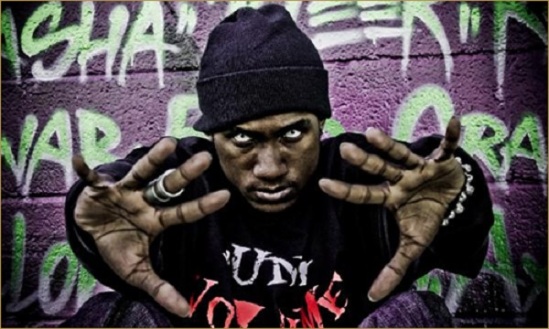 Hopsin decides to lace fans with a new song titled “Have You Seen Me?”  Recorded less than 24 hours ago, the Funk Volume emcee takes the opportunity to express some of his current struggles with life and fame.  Take a listen to the heartfelt track as Hopsin bears his soul and vents his frustrations as he attempts to make sense of the world around him.  “Have You Seen Me?” will not be on the rapper’s forthcoming Knock Madness. 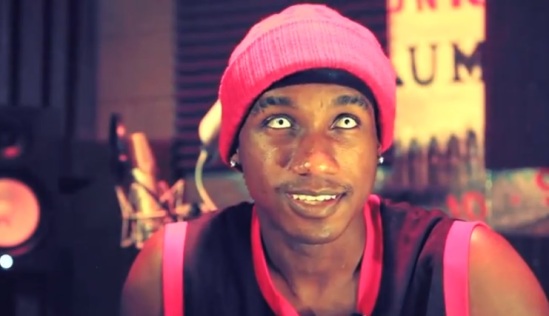 Funk Volume artist, Hopsin, links up with Hard Knock TV for an intimate interview.  Hopsin addresses his recent “Hop Is Back” song and music video which found the artist venting a lot of steam and explained that he decided to go hard on the track because of the doubt he was getting from fans thinking he went soft.  The rapper also clarifies that he began the track in the early part of 2013 and eventually went back to include his verse that includes his diss towards Kendrick Lamar and Kanye West months later.  As the lengthy conversation continued, Hopsin decided to open up and admitted to viewers that he honestly doesn’t know who he is anymore.  Also, Hopsin touches on struggling with fame, personal issues and the existence of God.

Lord Jamar was eager to clear the air and make sure viewers knew he was not a racist and did not agree with some of the criticism he received from artists like Hopsin, ScHoolboy Q and Royce Da 5’9″.  Jamar also explains that he feels he was taken out of context and that artists like him who he believe in their freedom to free speech should embrace being outspoken and honest.  Watch as Jamar vents his frustrations for quite awhile and addresses each comment he’s aware of.