DJ Vlad catches up with Yelawolf for a new over-the-phone interview.  Check out the Southern rapper as he speaks on his previous interview with Vlad where the use of the n-word from the Bay Area’s White Girl Mob was the topic of discussion.  Yelawolf clarifies he still believes white people have no place to use the word and sides with Lord Jamar’s comments that whites are visitors in a black dominated culture.  In fact, Yelawolf addresses his Southern roots and says he comes from a different background from most and that is why he chooses to not use the word despite having it directed towards him everyday of his life.

Lord Jamar was eager to clear the air and make sure viewers knew he was not a racist and did not agree with some of the criticism he received from artists like Hopsin, ScHoolboy Q and Royce Da 5’9″.  Jamar also explains that he feels he was taken out of context and that artists like him who he believe in their freedom to free speech should embrace being outspoken and honest.  Watch as Jamar vents his frustrations for quite awhile and addresses each comment he’s aware of. 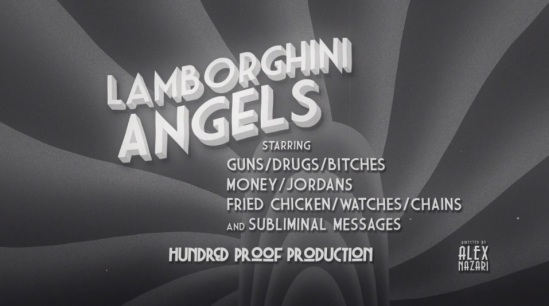 At the center of Lupe’s cross-hairs is the culture of Hip Hop and the media’s influence on the public and young minorities who are programmed to embrace negative and persuasive imagery and carry out self destructive behavior.  Directed by Alex Nazari, “#1234” is definitely in a political class of its own with Lupe anxiously at the forefront to promote his agenda.