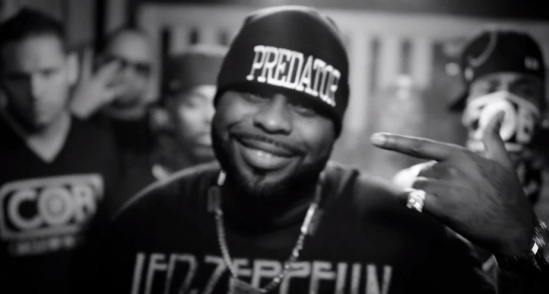 Crooked I is back with a new song which finds the Long Beach native delivering a lyrical tirade over the instrumental to Hov’s “The Dynasty Intro.”  The Slaughterhouse rapper decides to do things his way and serves up “The Shady Dynasty Freestyle” which finds the West Coast emcee spittin’ some introspective rhymes and demanding respect as he proclaims everything under the Shady umbrellas as untouchable.  Take a listen to Crooked go in straight for close to three minutes.