Justin Timberlake is out on the road and touring the states in support of his new album, 20/20 Experience (2 of 2).  Brooklyn fans piled into the Barclay’s Center which hosted the singer’s most recent stop.  Revolt TV was on-site to cover the event and captured the N’Sync member as he performed in a flashy tuxedo to a sold out crowd.

Justin Timberlake delivers his latest music video for “TKO” which is featured on the singer’s new album The 20/20 Experience (2 of 2).  The visual finds the singer struggling with his current relationship and contemplating the ongoing changes with his love interest.  Things start to get steamy in Timberlake’s kitchen before he accepts that things have gone south and decides to pull back which results in a frying pan to the back of his head from the woman.  Things somewhat turn dark as Justin eventually finds himself dragged from a pickup truck in the middle of the desert as he heads straight for a cliff. 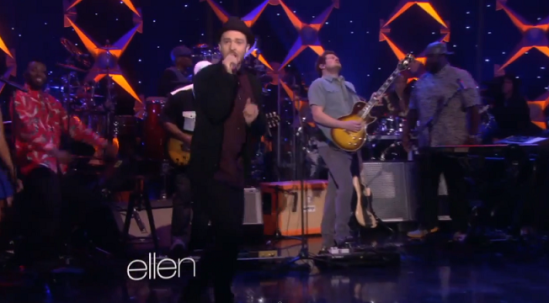 Justin Timberlake celebrated the release week of his new album The 20/20 Experience (2 of 2) with a performance of “TKO” live on the Ellen show.  The singer also sat down with the talk show host and discussed a number of topics which include his reunion with former band mates N’Sync at the 2013 VMAs, refusing to cancel his appearance after finding himself under the weather and more.  Timberlake’s upcoming world tour to promote his new albums kicks off in Montreal on October 31. 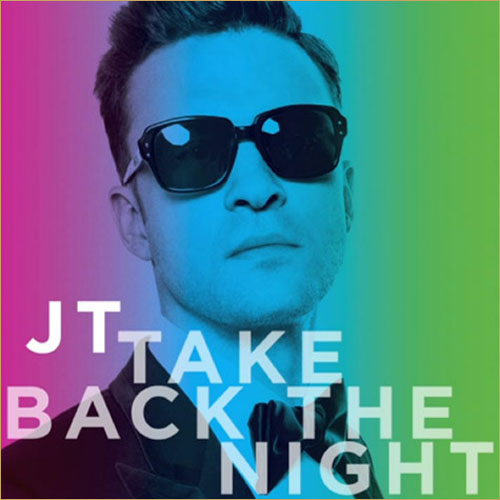 Justin Timberlake keeps the partying going and feet moving with his newly premiered “Take Back The Night” single which will be featured on his 20/20 Experience (2 of 2) follow up.  The upbeat and disco infused track finds Justin groovin’ in his zone where it’s clear he’s very comfortable as he sings and encourages his lady friend to hit the dance floor with him.  The second installment of the 20/20 Experience is set to hit the shelves on September 30.  Following the album’s release, Justin has already announced plans to hit the road for his North American tour.

UPDATE: Justin releases the official artwork to part two of the 20/20 Experience 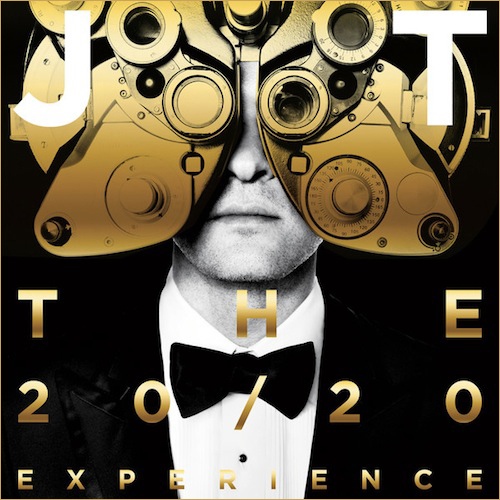 JT comes through with the next visuals to accompany his new album The 20/20 Experience with “Mirrors”.  The album is now available on iTunes and at local retailers.

In a move that Justin Timberlake hinted to via his twitter account  recently, the star is now ready to make a comeback with his first single in seven years.  However, this time he’s come through with a heavy feature from none other than Jay-Z.  Production credits go to none other than Timbaland who Timberlake has worked and found success with in the past.  The new single is now available via itunes.  Timbo x JT is always great tunes.