See how it all went down during the 2013 BET Hip Hop Awards as TDE kicked off their highly anticipated cypher for the viewers at home.  With each member delivering their respective bars on cue, no other artist proved to be quite as lyrically impressive as current West Coast Rap king Kendrick Lamar.  The Compton native demonstrated his level of skill for the cameras as he did the honors of closing out the TDE cypher and effortlessly destroyed Mobb Deep’s classic “Shook ones II” instrumental.

ScHoolboy Q recently paid a visit to Shade 45 for a lighthearted interview with Sway Calloway to discuss TDE and the recent 2013 BET Hip Hop Awards.  Calloway opens things up by inquiring about TDE’s latest signing with Tennessee bred rapper Isaiah Rashad while Q gives details on meeting the young artist on the set of A$AP Ferg’s video for “Work (Remix.”  As the conversation continued, fans tuning in were treated to a special moment when Q decides to phone Kendrick Lamar so that Sway can have the opportunity to ask the Compton rapper to clarify if his BET cypher verse was aimed at Drake.  ScHoolboy also shares his thoughts on his BET cypher verse being voted as the worst showcased from the TDE camp and much more.

Karen Civil hits the green carpet at the 2013 BET Hip Hop Awards held in Atlanta and discusses with a number of artists what it means to them for MC Lyte to be honored as this years “I Am Hip Hop Award” recipient.  Take a look as the camera nabs some on-the-spot commentary from Lola Monroe, 2 Chainz and Asia Sparks. 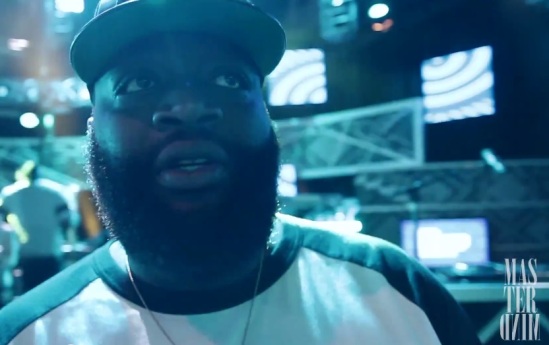 Rick Ross and company head out to Atlanta to attend and perform at the 2013 BET Hip Hop Awards.  Go behind the scenes with the boss as cameras were there to document his experience from rehearsals, the green carpet and backstage on his down time.  Plenty of your favorite artists show up for cameos in the clip which was taken in Atlanta during the weekend BET shot the show.

Vlad TV links up with TDE’s ScHoolboy Q for a one-on-one interview.  Watch as Q addresses a few questions which include his thoughts on rewriting verses for the greater good of the track and reassures viewers that Kendrick Lamar would’t include his name in a verse like “Control” because he’s already done so before.  The Oxymoron rapper also clarifies that he can’t say for sure if Drake is the intended target on Lamar’s controversial BET Hip Hop Awards cypher clip which showcased the Compton rapper spitting some subliminal bars that appeared to be aimed at the YMCMB artist.

BET continues to build up the anticipation for the 2013 Hip Hop Awards as they continue to deliver teasers and this time in comes in the form of an Action Bronson bonus cypher clip.  Watch as the charismatic rapper and former chef plays to the camera drops bars from his upbeat single “Strictly 4 My Jeeps” which is featured on his collaborative project Saaab Stories with producer Harry Fraud. 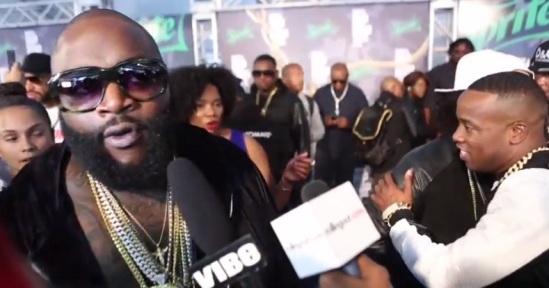 Vibe TV was live on the Sprite’s green carpet to capture some commentary from a few big names on personal favorite moments that went down in Hip Hop during this past summer.  Take a look as Tiara Thomas and Rick Ross speak highly of Wale’s “Bad” single and much more.  Rappers Nelly and Ace Hood collectively agree that the reunion of the Hot Boyz was a memorable moment for them while Floyd Mayweather shares his thoughts on J. Cole’s Born Sinner.  Yo Gotti, Mack Wilds and DJ Scream also make an appearance and speak on Kendrick Lamar’s “Control” verse. 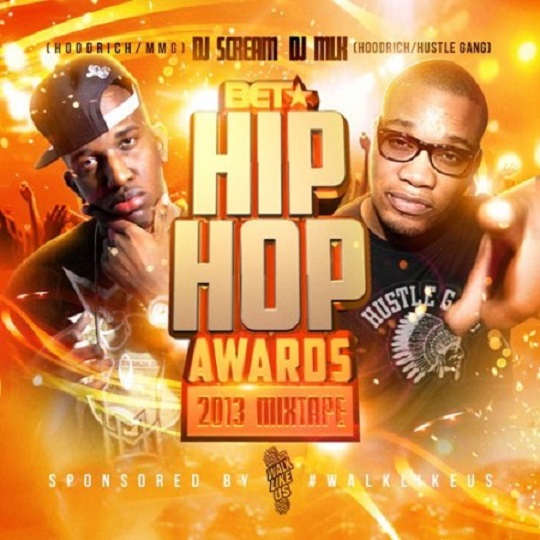 T.I. comes through with a new aggressive and bouncy track titled “My Potna.”  The self proclaimed “King of the South” demonstrates he’s still got it as he effortlessly goes to work and delivers energy packed bars for a dope street anthem.  ”My Potna” is featured on DJ MLK and DJ Scream’s 2013 BET Hip Hop Awards Mixtape.

Here is another angle that was previously released first of the altercation.  However, this video shows what happened after the fight was broken up and Gunplay was pepper sprayed…..he ran in the direction of 2 Chainz trailer.

Sidebar: I’m starting to lose faith in humanity.  Either people are filming vertically or just shaking the shit out of it to where everything is just a blur.  We have to do better.

From what the video appears to show is 50 Cent and his camp backstage walking somewhere when all the sudden the fight breaks out.  Tossed like a rag doll is MMG signee Gunplay.  From what the audio at the end of the video states a man can be heard saying that Gunplay was to blame for the attack because of trying to sneak attack 50 Cent and run.

I can’t lie I feel bad for the guy but you have to wonder if this is normal behavior for someone of his background?  At an award show you try and fight 50 Cent when he’s with all this security? It just doesn’t make any sense.  In fact, that has to be common sense.  Then again this is behavior from a guy who openly admitted to having drug problems.  This also raises concerns if the between G-Unit and MMG is once again a priority in 50 and Ross’ agenda.  Check out the clip below.

Almost forgot…what do you think of Tony Yayo possibly being one of the best if not the best hype man of all time?  In concert this man is on point with 50 Cent bar for bar and knows how to play his position.  Top it off, he springs into action and says the same ad-libs (provides authenticity) that he does on the track.  I’ll be honest, it was my favorite part of the video.