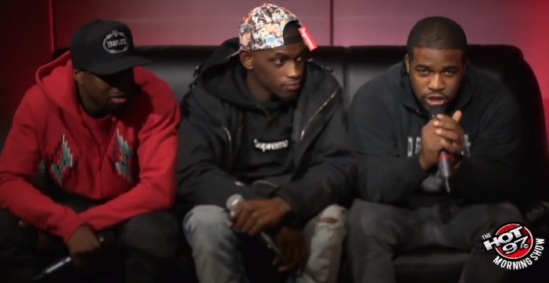 A$AP Mob catches up with Peter Rosenberg and Ebro at HOT 97 for an exclusive interview off air.  Take a look as the Mob denies internet rumors that there’s bad blood between them and Pro era.  ’90s Hip Hop was a major topic of discussion as the group credited the era as being a big influence on their sound.  Rosenberg and Ebro also addressed Trinidad James’ infamous Atlanta-New York along with the crew’s rumored preference for white women.  Before heading out, the mob spoke on their new single, “Trillmatic,” and shared their thoughts on what it was like to work with Method Man.