Here’s a new visual showcasing some commentary from 2 Chainz as he breaks down the specifics behind his new music video for his new single “Used 2.”  2 Chainz opens things up by touching on his relationship with the song’s producer Mannie Fresh and the inspiration he used in order to put the song together.  In fact, Chainz clarifies he was paying homage to Juvenile by using his style of delivery in his flow and speaks on making some phone calls in order to reunite the Hot Boys for his New Orleans based visual. 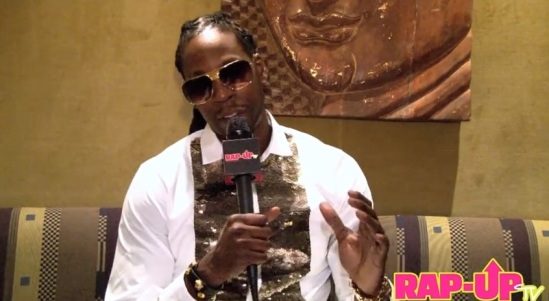 Rap-Up TV catches up with 2 Chainz to discuss the inspiration behind his upcoming music video for the Mannie Fresh produced single “Used 2.”  Speaking candidly with the camera, Chainz opens up about his plans to shoot the visuals on location in New Orleans and shares his desire to recruit members from the group Hot Boys for cameos.  2 Chainz also adds that showcasing them would bring a certain authenticity to the music video and explains how Mannie Fresh was able to produce the song entirely on his iPad.