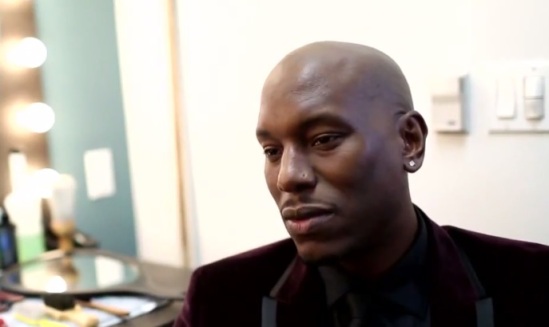 Revolt TV brings you an exclusive response straight from Tyrese on Childish Gambino’s recent comments made about the actor-singer on The Arsenio Hall Show.  Fans will also recall that Donald Glover started all this when he posted a photo on Instagram with a list of his fears that also included a line directed at Tyrese.  Check out as the R&B singer completely disregards Gambino’s comments and explains that he doesn’t even know who he is.

Rapper Childish Gambino sits down for an interview on The Arsenio Hall Show.  The two discuss the meaning behind Gambino’s photo he posted on Instagram which contained a Ramada Inn notepad that listed a few things that the rapper was scared of.  Interestingly enough, Childish’s list also revealed that he was apparently afraid of becoming Tyrese.  Watch as Gambino breaks down exactly what he meant to Arsenio in front of a live studio audience.