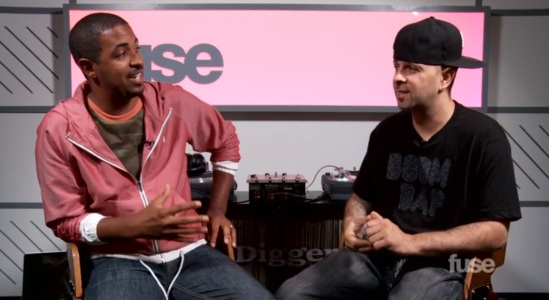 Legendary DJ Tony Touch visits Fuse for an interview and discusses his recent mixtape release Piece Maker 3: Return of The 50 MC’s.  Tony gives insight into the history behind his classic Power Cypha: 50 MC’s mixtape and how he went about including 50 artists onto one project.  Touch also reveals that his newest release is actually his 100th mixtape and that it also serves as the closer to his Piece Maker trilogy.  With Eminem making an appearance on Piece Maker 3 with “Symphony In H”, Tony shares how he went about acquiring the feature from the elusive MC and also points out that he included short vocal samples throughout the mixtape from artists who’ve passed on like ODB, Big Pun and Guru to name a few.  Before calling it a wrap, Tony Touch previews three songs off the project with “B.A.R.S” from The Lox, “World Premier” from Liknuts and “V.I.P.” from Too $hort featuring Kurupt and Xzibit.

Tony Touch drops a new track off his upcoming album Piecemaker 3: Return Of The 50 MC’s featuring Action Bronson and Kool G. Rap.  The track is produced by ShowOff Records CEO Statik Selektah.  Look out for Tony’s latest effort to drop on July 9.