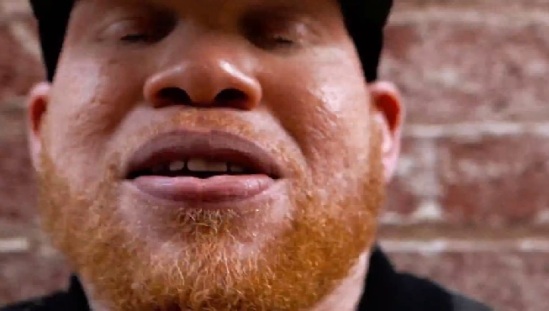 Strong Arm Steady’s Krondon releases a new music video for the laid-back and infectious track, “I1,” which is featured on the rapper’s Everything’s Nothing LP.  The visual finds Krondon celebrating success and lacing the slow instrumental with plenty of braggadocios and introspective rhymes.  Take a listen as the lyricist proclaims himself a winner and pays no mind to the competition.

Strong Arm Steady’s Krondon continues to make his promotional run’s throughout New York and this time the rapper heads to Shade 45 for a sit down and freestyle with Tony Touch.  Check out Krondon get behind the microphone and demonstrate his skills as he spits some off-the-top rhymes for listeners tuning in.  Krondon’s new remastered project, Everything’s Nothing, is now available and can be purchased over on iTunes.

Strong Arm Steady’s Krondon stops by Power 105 for an exclusive interview with The Breakfast Club.  The California rapper touches on his solo project, Everything’s Nothing, and the motivation behind remastering it for from a mixtape to an official album release.  Krondon also speaks on the new West Coast movement in Hip Hop and being inspired by other independent artists like Nipsey Hussle.  Before calling it a wrap, Krondon shares his thoughts on the brewing tensions between Maino and Trinidad James.

Strong Arm Steady’s Krondon combines forces with Smoke DZA for his latest single titled “Breathe.”  The Cy Fyre produced collaborative track is set to be featured on Krondon’s upcoming solo album Everything’s Nothing.  Earlier in the year, the Los Angeles based emcee served up the project as a free mixtape, however, on November 19 fans will have the option to purchase the deluxe version.

Yesterday Wiz Khalifa and Berner hit up DJ Skee’s clothing store in Beverly Hills to drop their new Freshko clothing line.  Myself and Paper Films were in attendance to cover the event on behalf of Skee TV.  It was a great turn out with lots of Taylor Gang fans ready to cop there new T’s and meet Wiz and Berner.  People like Mike Epps and Krondon from rap group Strong Arm Steady were also there in support of the launch.  Check out how it all went down in the video above.

Wiz Khalifa & Berner Launch New Clothing Line Freshko at Tradition in The Beverly Center. Special appearances made by Mike Epps from “Next Friday” and Jason Gaines from Tradition. Hosted by DJ Skee.