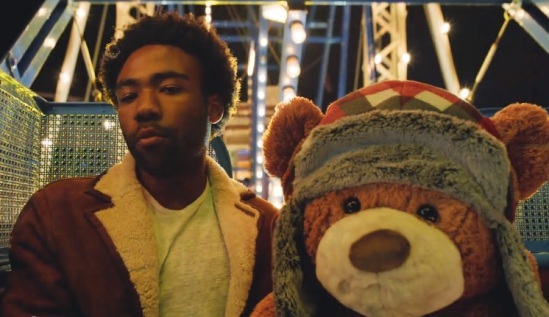 Childish Gambino delivers a dope new music video for the catchy jam, “3005,” which is featured on the actor-rapper’s new album, Because The Internet.  Check out Gambino as he takes viewers on a dizzy ride on a Ferris wheel.  An over-sized stuffed bear also accompanies the rapper and slowly falls apart as Gambino performs to the camera.  Never one to disappoint, Gambino includes a short preview to an unreleased song that will most likely be featured on his new LP.