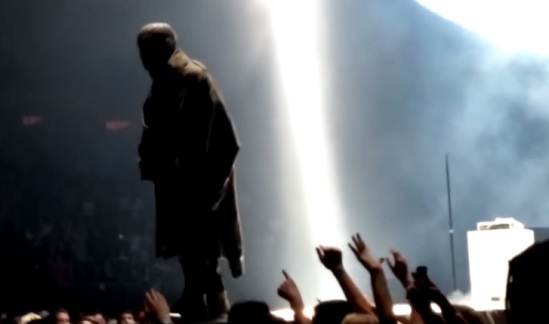 Kanye West recently performed at New York’s Madison Square Garden and once again took the opportunity to go off on one of his epic rants.  The rapper again decides to share his two cents with crowd-goers on his displeasure with the media and pleads for their support in order to make his dreams a reality.  It should be pointed out as well that West shared all of his ambitious ideas in auto-tune.  Watch Kanye as he also had a few things to say about Nike’s CEO, Mark Parker and the Yeezy Red Octobers.