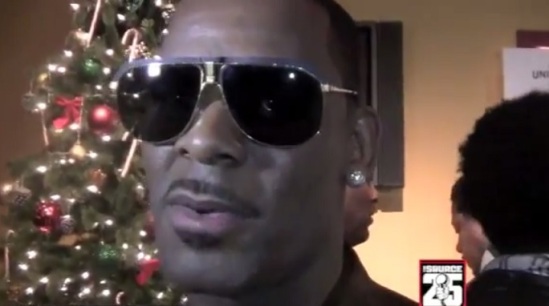 The Source catches up with R. Kelly at the premier of the new holiday film, The Best Man Holiday.  Speaking candidly, Kells opens things up by speaking on his contributions for the movie’s official soundtrack and eventually gets into details about his new forthcoming album entitled Black Panties.  The veteran R&B singer explains he’s been hard at work in the studio finalizing the project for the last six months and reassures the ladies they can expect him to keep it classy and sexy.  Before heading out, R. Kelly compares Black Panties to his 1993 album 12 Play.