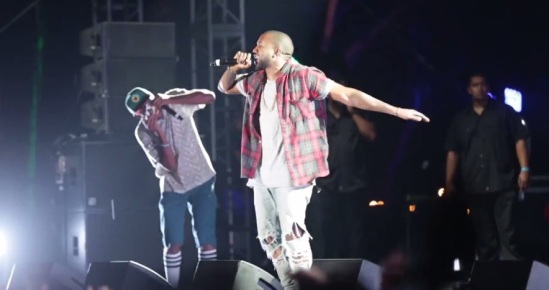 Odd Future’s second annual carnival went down last night and fans in attendance were treated to a special surprise performance from none other than Kanye West.  The G.O.O.D. Music artist was introduced to the stage by Tyler and performed “New Slaves” and his classic Late Registration cut, “Late.”  Before ushering Yeezus to the stage, the Los Angeles bred artist explained to the crowd that he personally asked Ye to join him and to perform one of his all time favorite songs.  Check out Tyler as he plays hype man alongside Kanye and recites the lyrics to “Late.”