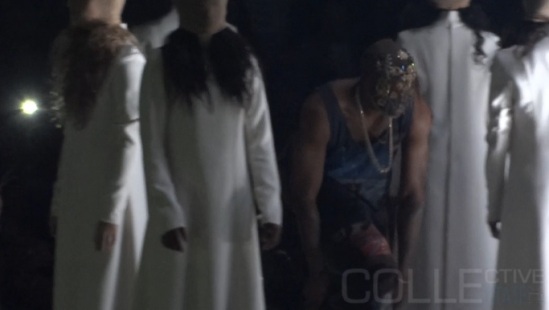 Fans in San Jose were recently treated to the first listen of an unreleased Kanye West song seemingly titled “I Am Not Here.” Just before West made his way to the stage, a snippet of the track was previewed to the audience just before things kicked into Yeezus gear with “On Sight.” Watch as Kanye sticks to the plan on the second schedule performance in Los Angeles and showcases his unreleased song just before starting the show with “On Sight” featured on his new new Yeezus LP. During a recent interview with Power 106’s Big Boy, Kanye did mention that he has five unreleased songs that were apparently recorded during his Yeezus sessions. Perhaps “I Am Not Here” could be one of the five that will be released in a few months.