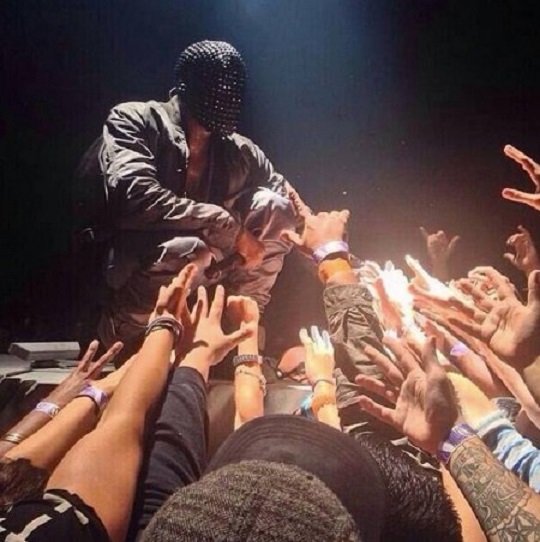 Kanye West set the Hip Hop world on fire last night as he kicked off his Yeezus tour in the Seattle and surprised fans with a special appearance from “Jesus”.  This of course came in the form of a tall Caucasian actor who West engaged in a brief conversation with during his live performance.  After the rapper finally removed his mask and revealed his face to the crowd, Yeezus explained to “Jesus,” “I’ve been waiting for you my whole life.”  Also, take a look at some performance footage captured from the KeyArena during the show last night.