Lauryn Hill and company deliver a new music video for her latest single, “Consumerism.”  Centered around the meaning behind the song’s lyrics, the visual highlights the female emcee’s crafty wordplay and compex flow.  There’s also a number of random and trippy images that flash across the screen as Hill’s lyrics shoot back and forth in attempt to keep up with her fast delivery.

Lauryn Hill gets released from Prison and releases a new song titled “Consumerism.”  The track almost sounds as if it was accidentally uploaded at a higher speed than what it was recorded at but it eventually grows on you as it forces the listener to have to keep up with Hill’s quick flow.  The production is all over the place as well as it features some nice live instrumentation.  Still, the song’s finest moment comes in the form of its chorus which features some soft and mellow vocals for a nice contrast against Lauryn’s Twista-like delivery.  See what Ms. Hill had to say on the matter below.

“Consumerism is part of some material I was trying to finish before I had to come in. We did our best to eek out a mix via verbal and emailed direction, thanks to the crew of surrogate ears on the other side. Letters From Exile is material written from a certain space, in a certain place.”

“Consumerism is part of some material I was trying to finish before I had to come in. We did our best to eek out a mix via verbal and emailed direction, thanks to the crew of surrogate ears on the other side. Letters From Exile is material written from a certain space, in a certain place. I felt the need to discuss the underlying socio-political, cultural paradigm as I saw it. I haven’t been able to watch the news too much recently, so I’m not hip on everything going on. But inspiration of this sort is a kind of news in and of itself, and often times contains an urgency that precedes what happens. I couldn’t imagine it not being relevant. Messages like these I imagine find their audience, or their audience finds them, like water seeking it’s level.” 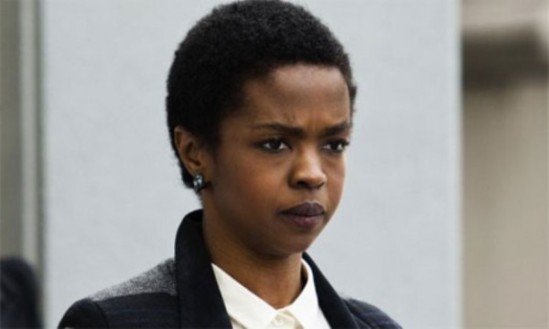 On Monday, Lauryn Hill was sentenced in Newark to three months in prison for failing to pay taxes on roughly $1 million.  The decision comes about even after apparently paying more than $970,000 to state and federal tax liabilities which was stated by her attorney.  According to the judge two weeks ago, Hill has only paid $50,000.  However, it would appear that whatever the actual amount may be it wasn’t enough to keep her out of prison.

The former Fugee artist explained to the judge that her prolonged absence from the music industry prevented her from paying what was owed in full but that her time away was necessary in order to properly raise her six children.  Following her time three month sentence, Hill will also have to serve out an additional three months in home confinement.  The Grammy-winning artist must turn her self in by July 8 to authorities.

New Lauryn Hill finally reaches the masses with “Neurotic Society (Compulsory Mix)”.  With a new deal in the works with Sony, Ms. Hill is currently trying to keep herself out of prison and out of trouble with the IRS.  Take a listen to the new dope track above and read what Lauryn had to say on the matter:

Here is a link to a piece that I was ‘required’ to release immediately, by virtue of the impending legal deadline. I love being able to reach people directly, but in an ideal scenario, I would not have to rush the release of new music… but the message is still there. In light of Wednesday’s tragic loss (of former label mate Chris Kelly), I am even more pressed to YELL this to a multitude that may not understand the cost of allowing today’s unhealthy paradigms to remain unchecked!

J. Cole delivers a new record with “Cole Summer” which provides an honest retrospective look at the politics of dealing with record labels.  The new tune utilizes a sample from Lauryn Hill’s “Nothing Even Matters” and provides the opportunity for Cole to vent some of his recent frustrations with the delay of his sophomore album Born Sinner which is finally set to drop June 25.  Take a listen to the track below via the stream and download is also available.