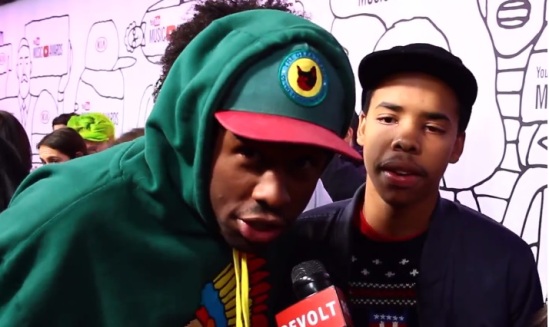 Tyler, The Creator, Earl Sweatshirt and Taco catch up with Revolt TV’s Sharon Carpenter out on the red carpet for the first ever YouTube Music Awards.  Things start to get interest during the discussion when Odd Future front man, Tyler The Creator, takes the opportunity to call out YouTube for duplicating the same award show formula practiced by BET or MTV.  In fact, the California native doesn’t hold back and shares with viewers his disgust for the obvious similarities.  Also, check out a short clip of the eccentric group as the performed to a hyped New York City crowd.