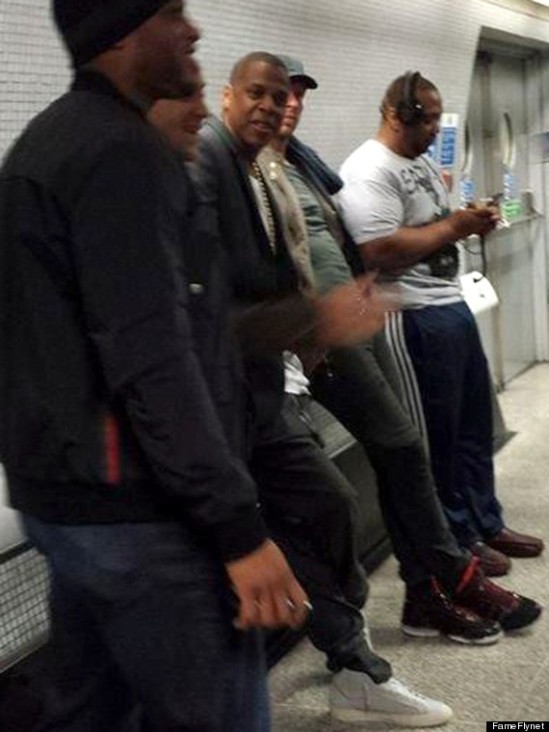 Take a look at some cell phone footage that’s surfaced capturing JAY Z , Chris Martin and Timbaland exiting from the London Underground on their way to the O2 Arena.  As fans realized the stars were among the people walking in the crowded London train station over the weekend, they began to yell and security can be seen in the footage quickly moving Mr. Carter and company along.