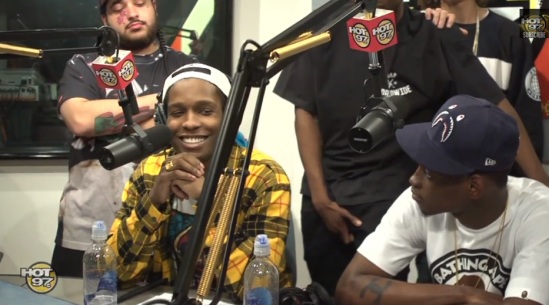 A$AP Rocky and the A$AP Mob recently paid Funkmaster Flex a visit on HOT 97 and discussed a number of topics during a candid interview.  After being asked by Flex about Kendrick’s “Control” verse, Rocky decides to brush off the TDE rapper’s “King of New YorK” line and jokes the Compton rapper is either crazy or smoking crack.  A$AP Ferg also steps up to the microphone and proclaims: “What’s a king to a lord.”  However, Rocky does share his thoughts on the move being good for Hip Hop and the art form’s competitive nature.  All in all, the mob makes it clear they weren’t offended by Kendrick’s verse and tackle much more during their lengthy and in-depth conversation with Flex.